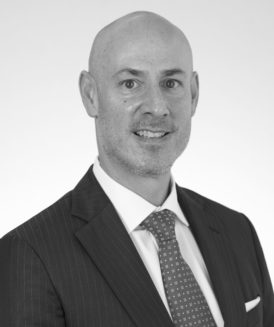 Upon entering the legal recruitment field in 1998, Todd quickly earned an esteemed reputation, with an ethos and DNA predicated on a distinctly consultative – rather than salesy – ideology, and an unwavering commitment to cultivating strong, enduring relationships. Defined by a steadfast adherence to an unfailing, built to last foundation and combination of experience, insight, integrity and care, Todd is widely regarded, recognized and endorsed in industry circles as a seasoned, leading authority and highly respected name in the national legal community. Leveraging his deeply rooted knowledge of, and granular familiarity with, hundreds of law firms (most notably their platforms, cultures, practice group dynamics and trajectories) he’s personally met with, in tandem with also taking the time to holistically understand the unique objectives of each and every one of his candidates in tailoring their individualized search, Todd’s matchmaker approach incorporates equal parts “client-agent” and “candidate-agent,” ensuring he achieves the right fit for both parties.

A fixture in the New York legal community (where he works with roughly 300 law firms alone, spanning the most prestigious and ascendant of the Am Law 100 firms to flourishing, thriving middle-market regional firms to under the radar, best in class local heavyweight firms to powerhouse blue-chip boutiques), Todd is distinguished for the considerable breadth and depth of his New York legal market expertise, as well as for working exclusively with only the finest and highest caliber New York-based attorney talent. In addition to his New York legal market specialization, Todd also has a high-profile, expansive presence on the national legal landscape, where he has long-established, robust and enduring relationships with recruiting departments, key practice group decision-makers and management committees at hundreds of leading law firms across their firmwide geographic footprints throughout the country.  Considering that, a substantial percentage of his representations involve assisting that same premier New York-based attorney talent pool when they relocate geographically outbound from New York to other legal markets, most notably California.

As one of the foremost legal recruitment consultants in the country, Todd is an admired, trusted market leader and adviser with impeccable credibility and an accomplished track record. He regularly consults and partners with law firm management, practice group leaders and recruiting departments on key issues and tactical initiatives such as strategic growth, market positioning and branding, lateral integration and retention, partner compensation structures and practice group development. He has also been invited to speak as a New York legal market representative expert at major law schools, including Columbia, Harvard, NYU and the University of Pennsylvania, as well as at industry conferences.

Todd received his J.D. from the University of Miami School of Law and his B.A. in both Behavioral Science and Law, and Psychology, from the University of Wisconsin – Madison.  In his free time, he enjoys spending time with his family, playing sports and volunteering in the community, with his interests focused on social programs and causes associated with children, poverty, mentoring and animal rights.

or by email at tmerkin@wegmanpartners.com